Hey everyone, welcome to my blog. I hope you're having a wonderful day. It's been such a long time since I last uploaded, however this post is quite special, as I am sharing some of my photos from my trip to New York. I was lucky enough to be able to go with my school, as a group of 27 students.

We flew out from London on Tuesday 9th February. The flight took approximately eight hours, and we landed in New Jersey in the late afternoon. After that, it was a short drive to the hostel, where we stayed for most of the night. We unpacked our things, and then went to Times Square for dinner, and then returned back to the hostel.

Wednesday 10th February
This was my favourite day by far, mainly because it was my birthday. It was the most amazing day, and I'm so glad that I got to spend it in New York. It stated off by snowing whilst we were walking to go and get breakfast. After breakfast, we went to visit Saint Patrick's Cathedral, and had the opportunity to take photos. 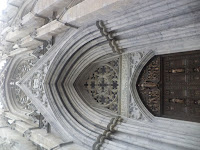 After this, we then went to Wall Street for a workshop at the Museum of American Finance. We had a talk about banking, and then had a tour of the museum. After this, we went to go and get lunch.
After lunch, we went on a boat cruise around Liberty Island. Seeing the Statue of Liberty was incredible, and it's something I never thought I would experience, especially on my birthday. 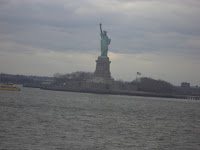 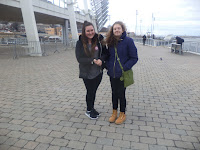 Next, we went to go and visit the 9/11 memorial. It was an amazing experience, and the memorial looked fantastic. After this, we got to go shopping in Times Square, and I went a bit crazy in Sephora. 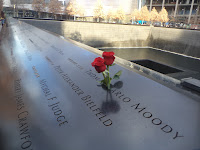 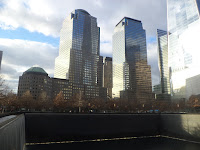 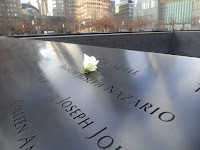 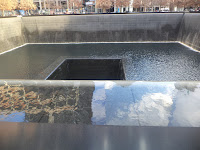 My group were first to finish shopping, so we were waiting outside with a teacher for the other groups to finish. While we were waiting, someone dressed as Elvis came up to us and started speaking to us, and most of us were terrified. We then went for dinner at Planet Hollywood, and at the end of the meal the four of us sat on my table were presented with a large pudding, and everyone wished me a happy birthday. 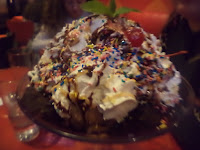 To finish the night, we went up the Empire State Building. It was absolutely brilliant to be able to overlook the whole of New York at night. All of the lights made it so pretty, and it was a great way to end the night. 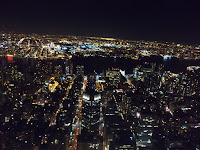 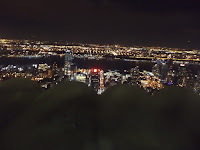 Thursday 11th February
On Thursday we went to visit the MoMath museum. The museum was a lot better than I originally expected, as it was an interactive museum, which made it really fun. We had the chance to explore the whole museum, and try every activity they offered. When we had finished in the museum we went to go and get lunch, before going on a tour of Midtown and Downtown Manhattan. 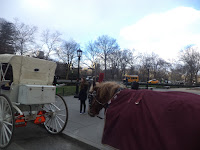 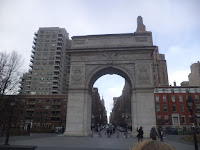 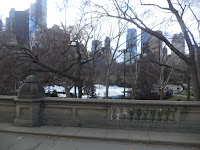 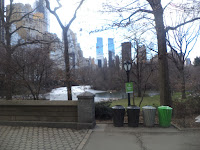 We then went for dinner at the Hard Rock Café, before going to see a production of Matilda. Both of these were really good, however Matilda was quite late so most of us were really tired. We then went back to the hostel.

Friday 12th February
This was our final day in New York, and we spent the whole day shopping. We went to Macy's, where again, I bought a lot of makeup. We then got lunch and went back to the hostel, before leaving for the airport.

We flew back in the evening, and arrived back in London at about 7:15AM GMT. It was then about an hour before we arrived back at school, ready to go home.

Posted by Cara Emily at 11:41:00
Email ThisBlogThis!Share to TwitterShare to FacebookShare to Pinterest
Labels: Travel